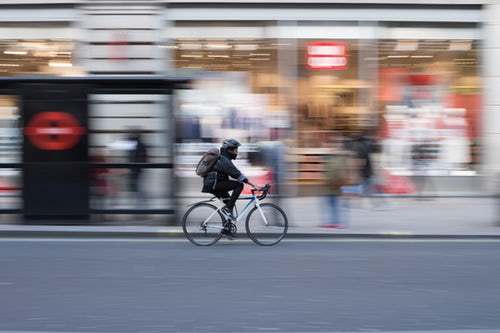 Posted on 9th January 2021 at 08:44
After the recent cold snaps sent our way because of the aptly named Beast from the East, you may have noticed a few more potholes than usual. At any one time, 10% of our roads are in a state of disrepair.
If you’re a cyclist, and you happen to hit a pothole which leads to an accident, you may be wondering if you can make a claim.
The answer is yes, you can.
According to many organisations, including the RAC, we are chronically underfunding repairs on our roads. Potholes can often be left for weeks or months before the local council sends someone to fill them in. It’s thought that the recent cold snap may have pushed the damage to a critical level that many regions are going to have trouble keeping up with them.
If you’re in a car and you hit a pothole, the worse that you can expect is a hefty jolt. When you’re riding a bike and don’t see damage ahead, hitting a hole in the road can have much bigger consequences. It can mean cuts and bruising to the head, body and bones and in some extreme circumstances can mean life changing injuries.
One cyclist in London who recently hit a pothole and came off his bike suffered from a bleed to the brain, had to have emergency dental surgery and suffered numerous cuts to the face which required stitching.
Between 3 and 5% of Britain’s roads are considered to be in a poor condition and that seems to be increasing for many authorities that have been strapped for cash after recent cuts. Areas like Scotland have particularly high rates of disrepair, but places in the North West like Wigan and Warrington still have 4% of roads in a state of disrepair.
The battle to find money to repair these areas should be a concern for all cyclists who suddenly come across a pothole where before there was none. Whether you cycle for recreation or use it as a way to get to and from work, you have a right to travel on roads that are fit for purpose.
While you may be lucky to get away with a grazed knee or hand, if the injuries are more serious, you may have a case to claim for compensation. At DSM Legal we’ve got the personal injury team in place who will be able to advise you on the best course of action. We operate a 'no win no fee' service which means you don’t have to find the money for your legal advice and claim in the first place.
You may not be able to tell if you have a good case or not which is why it’s best to talk to our dedicated legal team first. If there isn’t one, we’ll be able to tell you straight away. If there is, we’ll give you all the details and advice you need should you want to take things further. The decision will be entirely up to you.
If you a cyclist who has suffered an avoidable accident because of a pothole, contact the team at DSM Legal Solicitors today on 01925 937070.
……………………….
Share this post: